I Call BS! Do YOU Have a Good BS Meter? 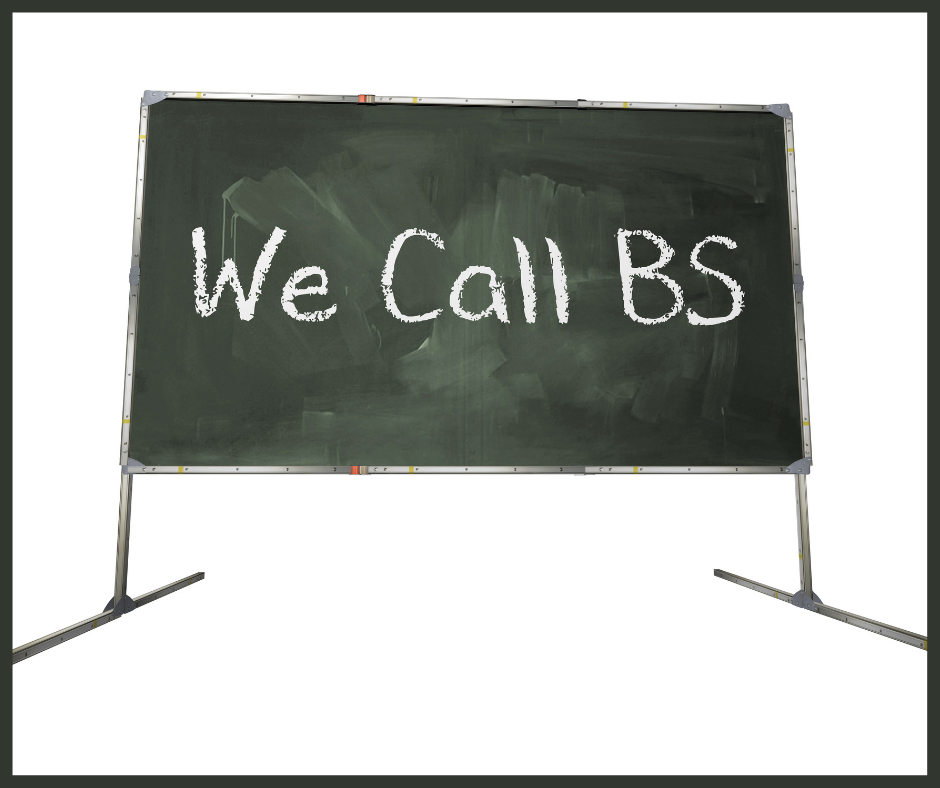 You ever play that card game?

It was a lot of fun.

The goal is to get rid of all your cards.

The deck is divided evenly amongst the players.

You start with the lowest card and begin discarding face down in order.

Player 2 can choose to continue by discarding 3’s… OR…

If player 1 was lying, they have to pick up the entire discard pile.

If player 1 was telling the truth, the person who incorrectly called bullshit has to take the pile.

And a wildly Important skillset to acquire, especially in current times.

Having a good bullshit meter gets increasingly more critical over time.

When you’re younger, the bullshit is often in the form of friends or siblings trying to fuck with you into believing something or doing something stupid.

As you get older, the bullshit might turn into a sales person trying to convince you to buy something you don’t really need (ya know, like college. Just joking! Kind of).

As an adult, the bullshit is everywhere …

The emails you get to wire money to some Nigerian Prince who will immediately send you a small fortune in return.

I know, you’re probably thinking that no one ever falls for such an obvious scam, but I actually know someone who sent the money.

He’s still waiting for his small fortunate to arrive.

Anyway, without a proper bullshit meter … things can get challenging.

There are consequences. Effects (no, not side-effects. Effects are effects. Side-effects was a term that was invented to make us feel safe doing or using something that can be harmful).

Some effects are more obvious than others.

The effect of falling for a financial scam is losing money.

The effects of falling for a bullshit diet are psychological, hormonal, and metabolic.

Some effects are less obvious like losing confidence in your ability to successfully lose weight and keep it off or passing down disordered eating behaviors to your kids.

So yeah … the ability to call bullshit is kind of a big deal.

And for those of you who are thinking … well, I’d never fall for an email scam or a bullshit diet …

I call bullshit on that ;).

Assuming you’re a human … I can safely assume that you are a walking, talking bias.

The most dangerous human is one that believes he/she is not biased.

And even when we’re aware of our biases, we are still susceptible to them (called the GI Joe fallacy).

Meaning … you might THINK you’re making the right decision based on your inherent and unconscious biases but really … you unknowingly walked into a pile of bullshit.

And here’s where being a biased human, like we all are, is truly fascinating.

Once we step into a giant pile of bullshit … we try to manipulate the narrative to support our decision.

“Well, ya know, there’s a lot of emerging research that says 800 calories per day and no exercise is beneficial for short periods of time so I think Optavia is on to something.”

“Fasting improves cellular autophagy so that’s why I bought that program that told me to only eat air for 3 days.”

“I heard that the Nigerian Prince is actually in need of food and shelter so even if I don’t get the money back, it went to a good cause.”

I’m obviously exaggerating to be funny but adjusting the information to fit our biased narrative is about as human as walking and talking.

Have I adequately portrayed the importance of a sound bullshit meter?

The next part is simple.

3 keys to a great bullshit meter

In the book, Filters Against Folly, the author discusses 3 levels of filtration that we must use to process information.

Literate is the first and it’s the spoken word.

Words are used for much more than just communicating information.

They can also be used to promote or prevent thought and/or action.

The objective here is to keep the discussion in the spoken word, without looking at the data to support the claims.

“Take this medicine, it works every time and the only side-effects are …”

Each filter is subject to bias which is why we need layers.

So next, we move to numerate.

Basic math is enough to effectively utilize this bullshit filter.

Sounds like a good idea to use it, right?

Almost every machine or system has the need for human intervention.

And humans are not as reliable as their machine counterparts.

Let’s say the human element of making this fat blaster machine run is about 90% reliable.

The more parts that need to go right for a system to function the way you want … the lower the probability of getting the outcome you expect.

Meaning, if we took our system above with 89.1% reliability and added another element that needed to go right for the system to function …

We still reduced the system reliability to 89.09%.

And we still haven’t reached the ecolate filter.

Which is probably the one most of us miss.

The ecolate filter simply helps us understand that we can never do just one thing.

There are always second, third, and fourth order consequences.

So, the ecolate filer asks a simple question …

Let’s apply it to a diet.

Literate – this diet is the best in the world. It ALWAYS works. Not only that, but there are very few side-effects and they rarely are serious.

After you’ve processed the literate and numerate filters, the ecolate filter is integral in sharpening your bullshit meter.

And then you can never eat carbs again.

If you’re going to intervene with a complex system … you should probably understand all of the components fully.

And look beyond a single consequence.

Losing weight is a single consequence.

I’m going to figure this out on my own. I have the data I need to make decisions for myself related to my fitness journey.

Do you understand the components of your metabolism?

Have you considered the second, third, and fourth order consequences?

Are you going to hold yourself accountable and still follow through when unexpected events come up?

Your human bias will often alter the information to fit your narrative.

Literate – you’re saying you’ll do it on your own.
Numerate – how many times have you tried to do it on your own and succeeded? What do the statistics say based on real life evidence and data?
Ecolate – and then what? If you don’t succeed on your own, then what will you do? If you do see some progress, how will you maintain it? What’s next?

It might not take all 3 filters to call bullshit on yourself.

If you use this properly, you should be able to make better decisions.

I love to come up with a good narrative to fit into my biased view.

However, I would much rather make better decisions and be a better human because I have a framework and filter for exposing my own bullshit.

It’s why I confidently made the decision to hire a business coach as soon as I did.

It’s why I continue to invest in a nutrition coach.

Because my filter exposed that doing it on my own was going to cost more over time than simply making the investment.

Before I read Filters Against Folly, I made a lot of biased decisions that didn’t serve me.

Now, I still make poor decisions on occasion. My biases will never go away (just like with every human).

But … I have a much stronger bullshit meter for myself and for others which gives me way more confidence in stacking the odds in my favor.

My feeling is that few will truly understand and implement this.

The ones that do will be rewarded.