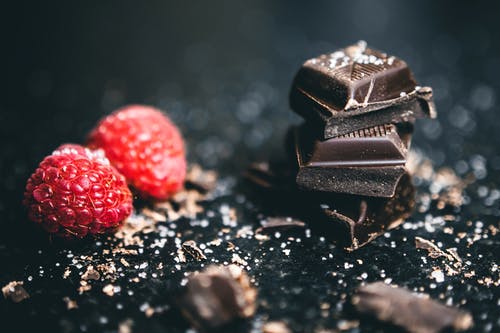 “You don’t understand what it’s like to be addicted to chocolate.”

“I can’t believe I’m not even interested in chocolate anymore when I’ve binged on it for so many years of my life.”

The picture she painted before we started working together had me in tears.

And yet, every time she would gain some momentum and maybe lose a couple pounds or start eating more veggies … a voice would call to her from the kitchen.

Sometimes it takes more than logic

Logically, she knew she should ignore it.

She knew exactly how she would feel afterwards.

But, logic was never enough.

Inevitably, her willpower muscles would give out and she’d eat chocolate to the point of discomfort, physical sickness, and mental anguish.

When we first talked, she didn’t think anyone else could understand what it felt like to be totally out of control with food.

For something as simple as chocolate to derail your health, your fitness goals, your relationships, and your mental health … over and over again.

But I shared my own story—of binge episodes, self sabotage, and feeling like a total failure and a lost cause.

I had to help her.

Repairing my relationship with food was the single biggest factor in finding fulfillment and enjoyment in my fitness.

We started by creating awareness around her “Food Brain.”

In short, knowing what to do and actually doing it are two very different things.

We actually LEANED IN to her trigger food, rather than completely avoiding it.

We identified the behavior patterns that occurred with each instance and feeling of lack of control.

Success should be celebrated!

A few weeks ago, we had a call.

I could feel the euphoria in her voice. It sounded like a combination of nerves and excitement. Like she had a juicy secret to tell but was almost scared to say it.

“Mike … I literally don’t even enjoy the taste of chocolate.”

I tried to contain my excitement too but it didn’t work. She could hear it in my voice as well.

There are moments that transcend fitness and this was definitely one of them.

She didn’t understand the logic behind how she binged on a food for years, only to find out that she didn’t even enjoy the taste.

We talked for a long time about the psychology behind it but I’ll spare you the details.

I simply wanted to share a win that I’ve kept private for a while, because I didn’t want to jinx it.

This deserves to be shared. And celebrated.