Are Your Brain and Body At Odds With Each Other? 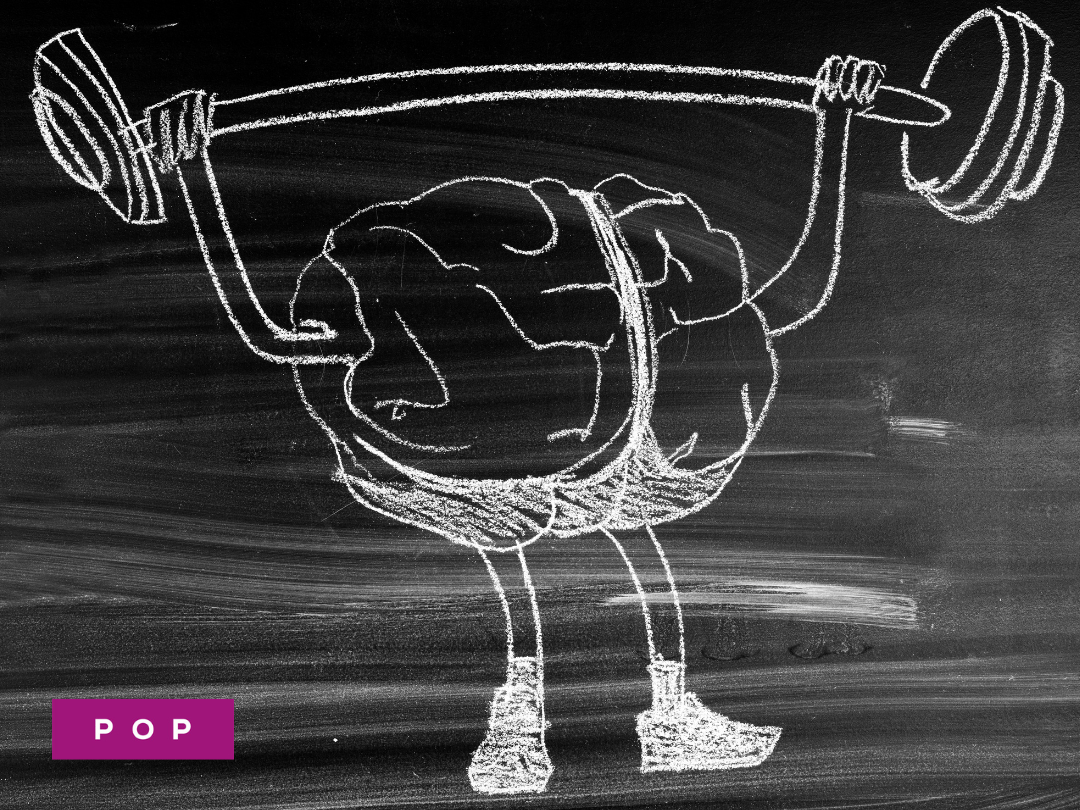 Sometimes your brain just won’t let you do it.

You know the feeling?

When logically you know you should do something but your brain and body are like … nope.

It could be something as simple as getting out of bed when the alarm goes off instead of hitting snooze.

Or getting up and going to the gym in the morning.

Or getting out of the house to be social and connect with other humans.

Logically, you’re like … these things are good for me. I should probably do them.

But your brain and body have other ideas.

I hesitate to say it’s a lack of motivation because I don’t think that’s actually the problem.

But it often feels like a lack of motivation and is often described as such.

Every time I THINK I want to do those things I just can’t get myself to do them.

How to make your brain and body work together

Make it as easy as possible.

Let’s use the gym example.

Put it in your calendar. Set your alarm. Have your gym bag and clothes ready to go the night before. Have an accountability partner.

Let’s say you want to stop eating so much Halloween candy.

Move the candy to the back of the highest shelf or put it in a totally different room that’s not as convenient to access.

Now, these strategies (which you can learn more about in the book Atomic Habits) are only PART of the solution.

Habit creation and habit breaking are important. But there’s more to it than that.

You might set the alarm, have the gym schedule in your calendar, have your clothes ready, have your gym bag ready, and your accountability partner is texting you and ready to roll …

And yet, you just can’t get yourself to go.

In which case, your brain may not be producing the right chemicals (aka neurotransmitters) to get you to the gym. Or to get you eating healthy. Or to get you doing whatever it is you’re wanting to do.

Want your brain and body to work together? Pay attention to your neurotransmitters.

This can show up severely in cases of depression and anxiety, which should be communicated and managed with a professional.

But there are also less severe cases that can be managed with some lifestyle interventions.

Typically, the root cause is from two neurotransmitters … dopamine or serotonin.

There are hundreds of neurotransmitters but these two are kind of a big deal.

Dopamine is the neurotransmitter responsible for many of your behaviors and decisions.

It’s the pleasure seeking chemical and part of the reward feedback loop in your brain.

Lack of motivation is often a dopamine issue.

Serotonin is often to referred to as a happy hormone. It’s responsible for feelings of contentment and well-being.

Anxiety, uncertainty, and feelings of hopelessness or sadness are often a serotonin issue.

My beef with most anti-depressant medications are that they only address serotonin. SSRI (selective serotonin reuptake inhibitors) drugs will allow for more circulating serotonin in the brain and body.

However, if you only address serotonin, we’re simply creating a situation where we feel ok with not feeling ok (if that makes sense).

In my opinion, it’s imperative to address both serotonin and dopamine.

Our modern day lifestyle is not conducive to dopamine support.

The ease, frequency, and effortlessness of getting a dopamine hit is causing a lot of issues.

“Chasing dopamine without effort will destroy a man.” – Andrew Huberman

Our evolutionary system was designed where the dopamine reward that reinforces behaviors required effort to achieve.

We didn’t have food readily available to us on the grocery store shelves.

We didn’t have sexual fantasies readily available to us with the click of a button.

We didn’t have blue lights in the palm of our hands.

Which is why we have an abundance of dopamine depletion that manifest as mood disorders, addiction, and mental health issues.

Given the overly stressed lifestyle that many of us live … we also are placing an added tax on serotonin.

Since serotonin helps to calm the brain down, when we’re constantly in a sympathetic, fight or flight state, we become overly reliant on serotonin (and GABA) to down regulate.

Over time, we can deplete serotonin and/or desensitize our bodies to the serotonin we produce.

Granted, this is surface level but should at least give you some ideas on where you can improve.

Part of the reason why I’m so high on Neurotyping is because it’s the most effective way to gain insight into your own brain chemistry so we can be a little more targeted in our approach.

We know which neurotransmitter system is dominant and where to focus our efforts.

Or you feel like it’s impossible to stay consistent …

Just know that there is a better way.

One that will actually feel natural for YOU.

Don’t settle for less than you deserve.