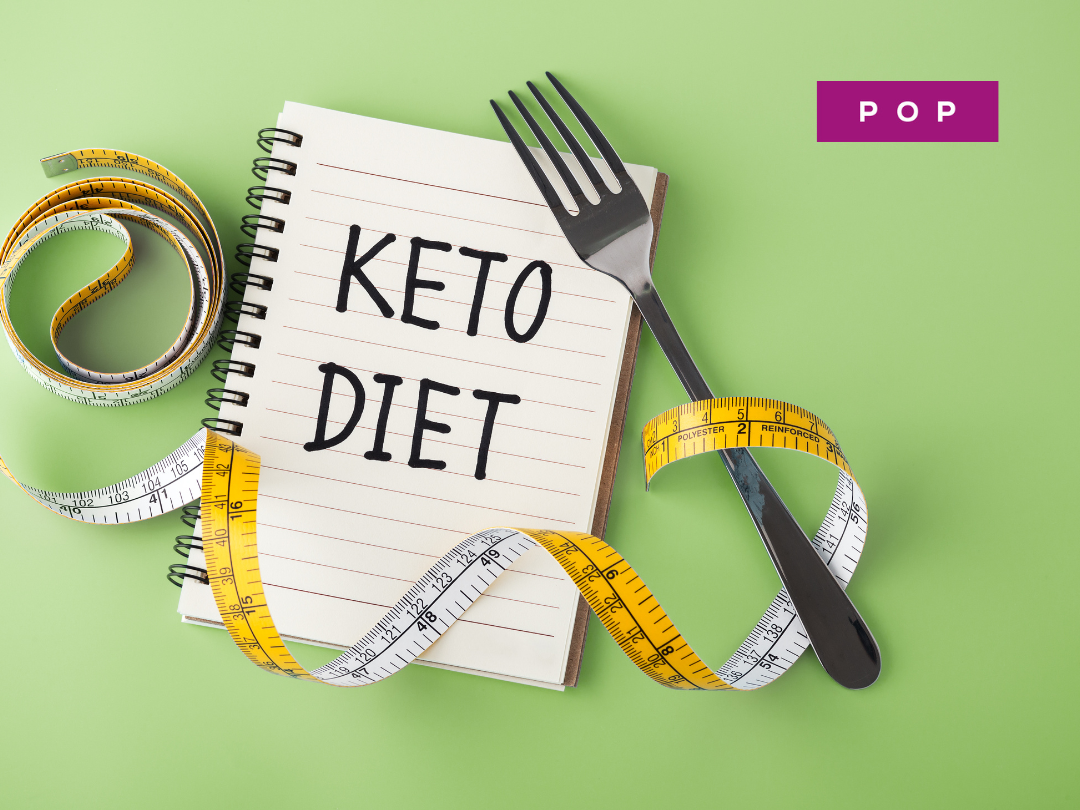 From keto to hero.

Ok … definitely not my best rhyme but I want to tell you about our client Tina (not her real name) because her story is pretty damn relatable.

From keto to neato.

Ok, let me stop before I embarrass myself.

Anyway, Tina is in her 40’s and has been dieting for most of her adult life (and I use the term “adult” loosely because it’s been most of her life … period).

She has a family history of diabetes and works as a nurse so she’s always been concerned about her own health.

Saying her life is full would be a gross understatement.

She works full time, she commutes over an hour to work each way, she has 4 kids, and all the normal demands of family life.

Tina has tried all the typical restrictive diets in the past. Like many of us, she was taught that losing fat and getting healthy was accomplished through eating very little.

So she tried that approach in various different forms with nothing to show for it.

After many years of lowering calories, restricting food, and spinning her wheels … Tina landed on keto.

It’s also worth noting that Tina has an autoimmune disease and hypothyroidism.

Yes, that makes things more challenging but still doable … however, when you combine those conditions with keto … well … let’s just say it’s a recipe for feeling like crap.

High stress, low energy, struggling to see the kind of body composition improvements that she wanted …

Tina was beyond frustrated. Ya know …

It’s really unfortunate that POP is often the “last ditch effort” for a lot of people.

Because I so badly wish we could reach people BEFORE they go down that rabbit hole of chronic dieting.

But I’m at least grateful that we can take people like Tina from feeling hopeless to hopeful.

It’s been close to a year since Tina joined our coaching program and the results have been nothing short of incredible.

Her coach, Melanie, got her eating carbs again to help restore her metabolism.

So being told to work out smarter and eat more and incorporate carbs was definitely a shift.

But she committed to the process and was rewarded for it.

Tina started to feel better pretty quickly and then was able to go through a successful fat loss phase.

Her body composition was changing really nicely as her nutrition was aligned with her training program based on her Neurotype.

I wish I could tell you it was all smooth sailing and there were no hiccups along the way but that’s not reality.

Improving your health and making positive body composition changes is always a process.

Tina had some major life events come up and things that would knock a lot of people out for good.

But she kept leaning on her coach and controlled what she could.

Coach Mel got her back to maintenance and helped her with flexibility.

Which is a really big deal because Tina always felt like she had to sacrifice her social life if she wanted to be fit. But she quickly learned that wasn’t the case.

The mindset shift of being able to eat food and live life and still reach your goals was/is huge.

Currently, she’s pursuing another fat loss phase and there are still some lessons that need to be learned.

Like I said, it’s always a process and if anyone thinks there won’t ever be hurdles … then we’ve got to have an honest conversation about realistic expectations.

But Tina continues to communicate with her coach and is open minded and willing to change the way she thinks about this process as a whole.

That’s the key … a willingness to do things differently.

Tina didn’t have to be open minded when it came to giving up on keto which wasn’t serving her.

She didn’t have to be open minded about her pre-existing beliefs that improving body composition has to come with restricting calories very low.

She didn’t have to listen to her coach about managing stress and training more effectively.

She felt so burnt out by all the old ways that she was open to a new way of thinking and doing.

And it’s paid off massively.

Her physical results are equally as impressive as her mental progress.

And it’ll only get better from here.

It won’t be perfect. It won’t always be pretty. But as long as she continues to show up, communicate, and keep an open mind … she’ll make even more progress over time.

It’s a beautiful thing to watch and it makes me proud to know that we have a program that consistently produces results like this.

Like I mentioned, I wish it didn’t happen so frequently with individuals who feel broken, like nothing will ever work for them, and have spent so many years dieting and restricting …

But I’m grateful that we can undo all of that damage and instill a level of confidence and peace of mind into those individuals who find us.

If keto (or another program) isn’t serving you well, it’s time to change.

She felt like nothing would work for her. She tried all the restrictive methods and she is incredibly busy and stressed. In addition, she has conditions that make fat loss a bit more challenging …

And yet … she hasn’t been held back at all by any of the above.

Simply because she didn’t give up on herself and chose to commit and invest in herself.

I’m grateful to be a sideline observer.

If her story resonates with you …

Maybe that’s the wake up call you need to get yourself in the game.

We can show you the same level of success that we showed Tina.

If you’re not convinced within the first 3 weeks of working with us, it’s pretty simple … you don’t pay.

If you sign up before the end of this month, you get an additional month of coaching, 3 months of your gym membership covered, a full supplement bundle for your Neurotype, and MFP premium for a year.

All you need to do is schedule a call with my team to make sure you’re a good fit for our program.

Maybe you’ll be the next success story from keto to hero.

Or from dieter to thriver. Or from restriction to new edition.

I’m actually cracking myself up with these horrible rhymes. Probably a sign I need to stop.

Let us show you the way.