The Fitness Industry Needs to Catch Up 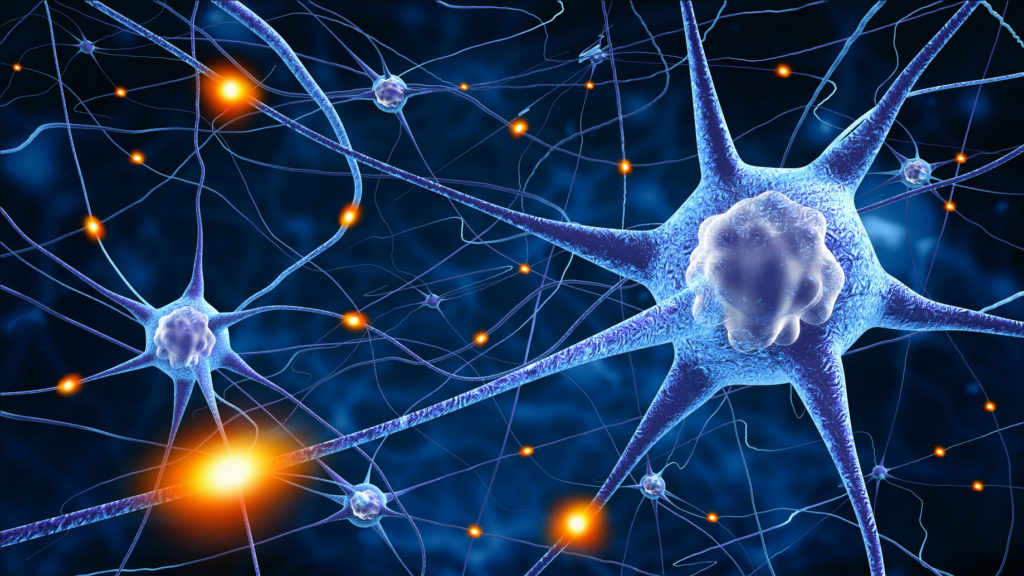 Recently, I saw an article in the Wall Street Journal talking about personality profiling through a neurotransmitter test to determine your ideal partner. The basic concept is that you take an assessment to determine your neurotransmitter dominance and balance, which provides insight into your personality. The authors believe this information can be extremely useful in helping to find a compatible life partner.

The more dopamine we produce, the more our bodies become desensitized to it and so we compensate by needing a louder signal to be sent to get the same effect. In other words, an activity that used to provide the dopamine rush that we seek is no longer getting the job done so we look for more extreme measures. An example would be someone who does drugs for the first time. In the beginning, they don’t need very much to feel good but over time, they need more and more to get the same response and eventually they upgrade to more intense drugs.

It’s like building a tolerance but to your own neurotransmitters. The same process can happen with any hormone that we produce.

What does this have to do with fitness?

The fitness industry is slightly behind the curve in understanding the importance that neurotransmitters play in maintaining a healthy lifestyle. We see articles about personality profiling as it relates to dating, psychology, and habits and behaviors and we don’t bat an eye. However, talk to someone about how their personality traits and neurotransmitter balance impacts their fitness and they’ll look at you like you’ve got seven heads.

At the root of this issue is the message that the diet industry perpetuates. That your results are just a matter of following a program, typically one that includes exercise and some version of eating less, and relying on willpower and discipline to make it out the other side a fitter version of yourself.

Despite the less than stellar results with this approach (as in, 95% of diets fail), we see billions of dollars spent on finding some new version of the same shit. Every fad diet is essentially a covered up form of exercise more, eat less, and with no real regard for the complexity that makes up an individual human being.

All are attempts at fitting everyone into a box and the most likely outcome is that you lose weight initially, then gain it all back (typically with interest). The really unfortunate part is that, for most people, the logical solution is to blame themselves. I must not have keto’d hard enough.

There has even been a shift in the industry where experts will talk about all the various hormones that play a role in weight loss: cortisol, insulin, leptin, and thyroid function must be understood to truly grasp how your metabolism works and why you can’t lose weight!

This causes a whole set of other issues where individuals believe they are broken and start going down endless rabbit holes of research to find out why their hormones are betraying them.

Of course hormones play a role in weight loss, they play a role in basically every single human function, however, for the vast majority of people, they don’t need to chase their tails trying to figure out the intricacies of hormonal function.

If it interests you, cool! Study away.

The entire industry seems to be barking up the wrong tree. We’re either trying to place everyone into a box (ever notice how dogmatic people are in their dietary approach?), telling people they’re broken, or telling them they just need more willpower and discipline.

Again, the statistics for dietary success are embarrassing and yet we keep trying the same shit over and over and disguise it with a new name. It’s time restricted eating, not intermittent fasting. It’s cyclical keto, not full blown keto.

Ask any qualified and experienced coach what the most important factors are for long term success and they’ll likely answer with some iteration of the same message: consistency and adherence.

Yes, it’s a total cliche to say “it’s a lifestyle,” but the 5% of successful dieters will echo that sentiment in some way. They figured out how to weave healthy habits into their daily lives so they don’t have to rely on willpower or discipline to choose quality foods or exercise regularly.

They don’t even feel like they’re “on a program.”

Yet we haven’t accepted that the overwhelming majority cannot stay consistent or adherent to a plan over the long haul and we don’t spend enough time understanding why that is, from a psychological perspective. A powerful tool to elicit change is self awareness and having information about the way we’re wired, our tendencies, our neurological makeup, and our personality profile is like a giant magnifying glass for self awareness.

Neurotransmitters and a healthy lifestyle

If we’re willing to accept the role that neurotransmitters and personality traits play in our behaviors and relationships, why have we not caught on to the fact that they play a major role in our health and fitness?

I can’t think of more important relationships than the ones we have with ourselves, food, our bodies, and exercise.

We can use personality profiling and neurotransmitter testing to determine behaviors and habits that will make the whole process more effective and effortless for each individual who is looking to improve their health and fitness.

If we use our dopamine dominant, thrill seeking example from earlier, that person will be more motivated and consistent with a protocol that supports dopamine production and maintains dopamine sensitivity.

The framework for this has already been laid out by Christian Thibaudeau’s Neurotyping system which characterizes individuals into 5 personality profiles. Each profile has a dominant neurotransmitter and is defined by the neurotransmitter balance and sensitivity that they exhibit.

Factor in the individual differences like lifestyle, habits, personal preferences, and environment and you’ve got the tools at your disposal for long term success.

The major roadblock we face as an industry with this approach is that it’s not as scalable as “just eat less and move more.” The diet industry is a behemoth and the messaging doesn’t appear to be changing anytime soon. However, if we empower the individual and show them that they can actually enjoy the process and not feel like a failure all the damn time, maybe we can start to change the tide a bit.