The Key to Results That No One Tells You 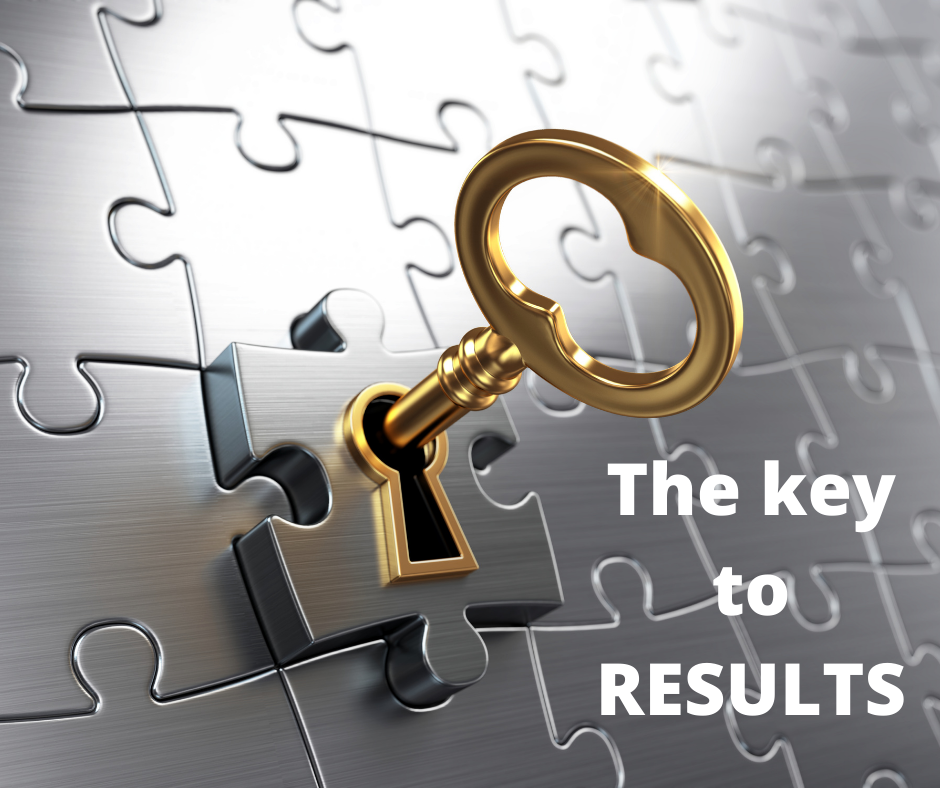 Buckle up … we’re going for a ride today.

This may be the most important shift you need to make right now to stop fighting against yourself and to finally see the long term results and success you’ve been craving.

But, you know I’m never short and to the point so it requires a story.

Lofty goals with a skewed view of reality

When I was younger, I legit thought I could make it to the NBA.

If you read that mid-sip, I apologize … because you probably just spit your drink everywhere.

The joys of being young and naive.

Anyway, I went to a basketball camp to improve my game and one of the coaches there was an NBA assistant coach.

Me being the type 2A, people pleaser, that I am … I wanted to make him proud.

More importantly, I felt like he held the keys and knowledge to my NBA quest.

This is a guy that knows what it takes. He coaches the players that I want to be like.

It was a dream scenario.

So, I would stay after practice. I would ask him a ton of questions.

And we developed a pretty good relationship.

Finally, after weeks of being afraid to ask (for fear of what the answer might be) … I got the courage to say it …

“Coach … do you think I have what it takes to make it to the NBA?”

He pulled me aside and sat me down.

He had kind of a wry smile on his face and said … “You really wanna play in the NBA, huh?”

Love the basics and the results (whatever they may be) will come.

You want to know what the best players in the league do on a daily basis?

They practice the basics. They put in the boring reps that no one even notices.

It’s not about the glamorous, show boat type stuff.

And, I’m not just talking about at practice.

So the first thing is this … if you want to compete at the highest level … you have to find a way to love the boring stuff.

Get excited about the basics.

Fall in love with doing the work that 99% of people out there who have the very same dream as you won’t do.

Now, the second lesson is a tougher pill to swallow but it’s important to learn.

You may do all of those things and still not make it to the NBA.

And you need to be ok with that.”

Imagine putting in hours of work, pouring your heart and soul into something, and still not being good enough.

Because guess what … that’s the majority.

The NBA is the elite of the elite. They have a combination of hard work and dedication + some genetic gifts that not everyone has.

(I guess being a short 12 year old didn’t help my cause).

He said, “There’s only so much you can control.

Staying focused … is up to you.

The time and effort … is up to you.

But the outcome … that’s largely unknown.

So, you have to decide if it’s worth it.”

That was difficult to hear.

I wanted the outcome.

I wanted the results.

There was a certain allure and enchantment with being in the NBA.

The fame. The recognition.

Of course, I loved the game but it was more than just basketball when I was a wide-eyed kid.

I had this vision of what that would look like and how my life would be as an NBA player.

And guess what … it was completely distorted from reality.

Over a decade later, I had a similar vision about some different results.

I imagined what my life would be like if I were fit and lean.

When I was overweight and miserable, I would imagine the happiness, fulfillment, and recognition I’d get.

That somehow it would result in this magical fairytale life and I’d fly off into the sunset.

This is a cognitive bias known as Impact Bias (where we overestimate the amount of pleasure or displeasure an event will bring).

And, I fell right into it yet again.

Which often leads to shortcuts, impatience, and being married to the outcome.

So, I tried all the bullshit diets.

I put myself through hell.

I let my decisions and emotions hinge on what the scale said each day.

Life has this way of giving you the reality check you need, exactly when you need it.

I had to take my dysmorphic, orthorexic, self-loathing self and completely detach from the outcome.

There was no other choice.

I had exhausted all options.

So I thought back to what Coach Brown said to me all those years ago and it finally clicked.

I had to fall in love with the basics.

I had to find a way to do the work that I was ignoring because it seemed too easy.

Except I was operating with no foundation.

So the rebuild began.

I started to FEEL better for the first time in a really long fuckin time.

That was enough to keep me going.

To ignore the attachment to the results and the thirst for instant gratification.

Can you focus more on the basics than the results?

You may have ambitious goals right now and that’s ok.

You may want abs.

Or to hit some milestone number on the scale that you think is your “ideal” weight.

Keep those goals in mind.

But, can you accept that you may not feel the way you think you’ll feel if you achieve them?

Can you accept that you may not achieve them at all?

Maybe your genetics are not made for abs.

But, will you still embrace the boring work to get there?

Even if it means coming up short?

Can you control the controllable and not let the uncontrollable dictate your decisions and emotions?

You can be healthy, lean, fit, strong, and sexy by doing the basic shit every single day and operating with a rock solid foundation.

Even if that means you never have abs, never hit that “ideal” weight, or never deadlift 500 lbs.

Are you willing to do it?

Or, are you so tied to the expectation of results that you easily get side tracked and continue to try unsustainable methods?

You can say a lot of things about me but you can’t say that I don’t make ya think. 😉