Doing Everything Right and Nothing is Working 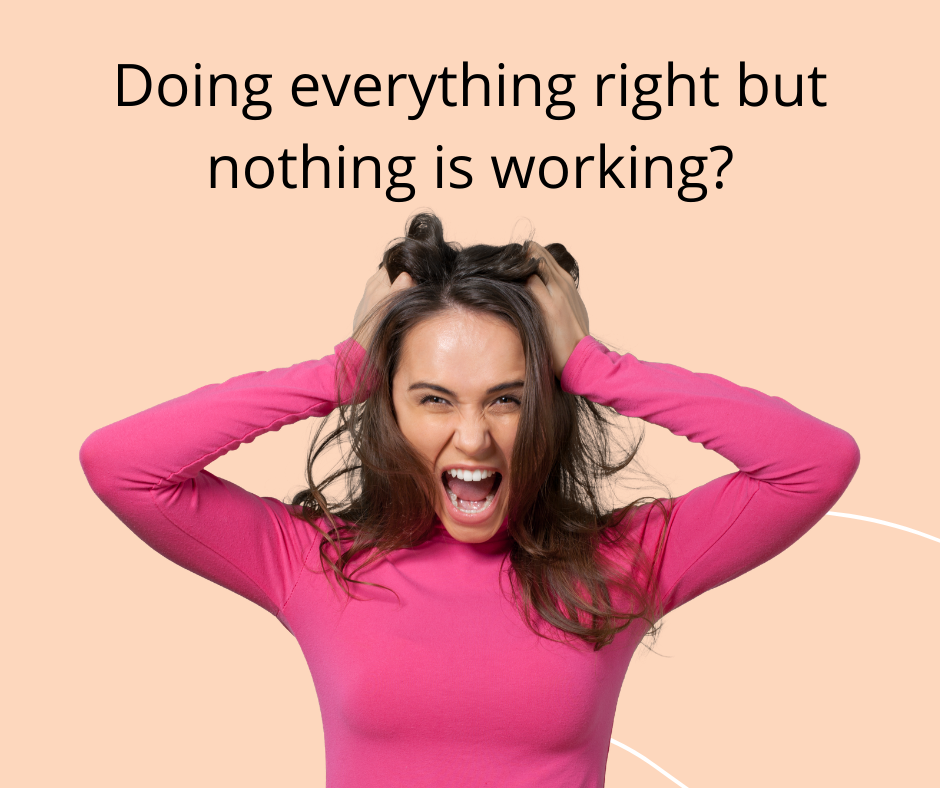 You’re doing everything right but you’re not making progress … I know exactly why.

There’s nothing more frustrating than the above scenario.

Doing all the things.

But progress is non existent.

In fact, sometimes you get insecure and frustrated by the fact that people can’t physically SEE the results of your hard work.

Like damn … can I at least get a single ab? Not even looking for a 6 pack … just gimmie 1.

No one wants to feel that way and it creates this internal tug of war.

On the one hand, you want to try harder and push through.

On the other hand, you want to say fuck it, why bother.

I mean, if you’re going to remain stagnant, then why not let loose and have some more fun?

What’s the point of staying so dialed in if it’s not working?

In fact, I lived it almost daily.

Why is nothing happening if I’m doing everything right?

Cool … I’m giving it to you anyway.

Your mindset is already flawed and you failed before you even began.

It’s facts and I’ll prove it.

First of all, what constitutes “doing everything right?”

And, what’s the metric for “nothing is working?”

Is it because the scale isn’t moving?

Because you’re not getting leaner?

This is all subjective.

You’re likely confusing doing everything right with being perfect.

You’re likely measuring progress by the scale or your body fat percentage.

And, you’re likely being impatient, which is a direct side effect of trying to be perfect.

The reason you question yourself and say “why bother” is because … who the fuck wants to be perfect for that long??

That shit is stressful.

No margin for error.

Oh, and let’s not forget the internal environment you’re creating with this mindset and game plan.

You’re likely putting pressure on yourself to be perfect = stress.

You’re likely frustrated every single morning you step on the scale = stress.

You’re likely agonizing over social events that don’t allow for the level of perfection you’re trying to achieve = stress.

Want to know the number 1, sure-fire way to remain stuck?

Put too much stress on your body.

How’s it been working out so far?

Not much fun, huh.

So, what if you tried something radically different?

What if you cut the pursuit of doing “everything right” and dropped the expectation of immediate results and actually fell in love with the process.

What if you had a plan that felt so natural that you never questioned what you were doing?

What if that plan accommodated for all the things you enjoy in life?

What if that plan made you feel so much better on a daily basis that you didn’t even worry about the scale because you knew your body was responding?

What if you never had to stress about food and there was no such thing as an “off limit” choice?

Well … I can tell you what if.

Because I’ve witnessed what if personally and we’ve delivered what if to so many individuals just like you who felt like they were working hard but nothing was working.

This is what happens with our 1:1 nutrition coaching …

The first thing you’ll notice is the weight that gets lifted off your shoulders.

You can actually relax.

Then, your body will thank you by responding exactly how you want It to.

The funny thing is, you won’t be grading yourself on what’s “right” because you’ll just be doing what FEELS best.

And then you’ll have a moment where you revert.

You’ll think it’s a big deal but you’ll have the tools to move on quickly and at that point, it’ll all make sense.

You’ll have the food freedom you’ve always wanted and the body you desire.

The best part … you can accomplish all of that in 6 months.

It may take longer to get to where you want to be physically and mentally, but in 6 months, we’ll give you the tools to make it happen on your own.

Imagine never needing another program again and feeling totally confident and self reliant.

It’s a great place to be.

Now, here’s the part that may keep you stuck …

You have to commit.

And you have to invest in yourself.

Both of those things are significant.

If you can do those two things, you’ll be successful. Period.

And if not, I don’t know … maybe keep trying what you’ve been doing and hope for a miracle.

If you’d prefer the former, just shoot me a private message on FB.